Our paths crossed again on Saturday morning. It has been a few years since I last saw you and even longer since the first time. A good twenty years have passed since then.

At first, I was not sure if it was you. You looked so much older: shuffling slowly and slightly off-balance.  Your body looked in pain although your face did not show it. You had a different dog at your feet, though he was just as small and excitable as the one you had before.

I recognised you at first because it was that stretch of canal and then because of your height and build and then your face. When we reached one another, there was eye contact, a friendly smile and perhaps a moment of recognition. Then we passed and continued on our respective paths. With every step I took away from you, I wanted to turn back and ask if it was you – and if you remembered – but of course, I didn’t.

The first time we met, it would have been 1994 as I was pregnant with Tom. I often walked up and down that stretch of canal while on maternity leave, usually at the same time of day. As a result, I would see the same disparate group of people, all connected by their simultaneous morning routines: walking their dogs, weeding their gardens, jogging, cycling or sitting by their narrowboats, drinking tea in the sun. Some would studiously ignore me, some would say hello, some would ask me about my growing bump. I would usually cross paths with you at the furthest part of my walk, beyond Little Heath Lane. You would come wobbling along the towpath on your bicycle, your little dog scurrying at the wheels and a newspaper under your arm. I logged you in my mind as “Cheerful retired man on bike with dog”.

After Tom was born, my morning canalside walks continued. It was a peaceful time of the day. He would sleep in a sling, bound tightly to my front, rocked gently by the rhythm of walking: a rhythm he had known from before he was born. Around that time I remember seeing you peering intently into some thick greenery. As I drew closer,  you explained (with some degree of delight) that you’d seen Water rails. I had no idea what Water rails were but I pretended to look equally knowledgeable and excited. I went home and did a bit of research. I learned that Water rails were shy and secretive wading birds. I logged you in my mind as “Cheerful retired man on bike with dog who knows about birds”.

Some months later, Tom graduated from the sling into a little backpack. He would start the walk alert and watchful, peering over my shoulder, but would soon be lulled to sleep by the familiar rhythm. It was on one such day that our paths crossed again and, enchanted by the sight of Tom and his backpack, you stopped and told me a story.

“When I was a little boy, I lived in India. One of my earliest memories was being in a haversack just like that. I was being carried by a servant in the forest and as we walked, the snow began to fall. Then he began to run for shelter and I remember bouncing up and down, up and down through the trees and the snow all the way home – it was so exciting! Then when we got home there was a hot bath waiting. I remember going from the freezing cold into the warmth and then being wrapped up in towels”.

As you told me the story, just for a moment I was in India too and I could see you as a gleeful little boy, bouncing and giggling on the man’s back as he raced through the trees while the snow fell all around. We laughed in shared appreciation of the story. Then we went on our separate ways.

You didn’t realise that you were speaking to a professional story listener; that all day, for years and years, I had listened to stories – and I still do. The stories are never complete: just brief chapters of people’s lives. After a few months, the books are closed and I say goodbye without knowing the ending, satisfied enough with having listened and, perhaps, helped the storytellers do a bit of editing and write the next few lines. Some of the stories are so sad they would break your heart: too painful to be remembered. I let them fall away and melt like snowflakes in a Himalayan forest. Some of the stories are uplifting, surprising, inspiring and I can afford to let them be planted and take root inside me.  I would like you to know that yours was a story that took root.  I have never forgotten it, though I am not sure whether I was touched more by the story or by the unexpected intimacy: the decision to share it with a stranger.

Over the years that followed, I’ve continued to walk up and down the towpath.  The landscape looks much the same as it ever did. The canal, flowers, trees and sky all seem just as they were twenty years ago. Meanwhile, we humans have grown, altered, aged. You would not know Tom if you saw him now. I wonder if you actually recognise me or remember that I know your story. As for you, you have become an old man. The bicycle has gone and you make your daily pilgrimage on foot. You must be in your eighties now: your gait is slower, stiffer, more weary. Yet when our paths crossed on Saturday, for a moment your old, tired body began to fade from view and all I could see was the shadow of a little boy, shrieking with joy as he was carried home through the snow. 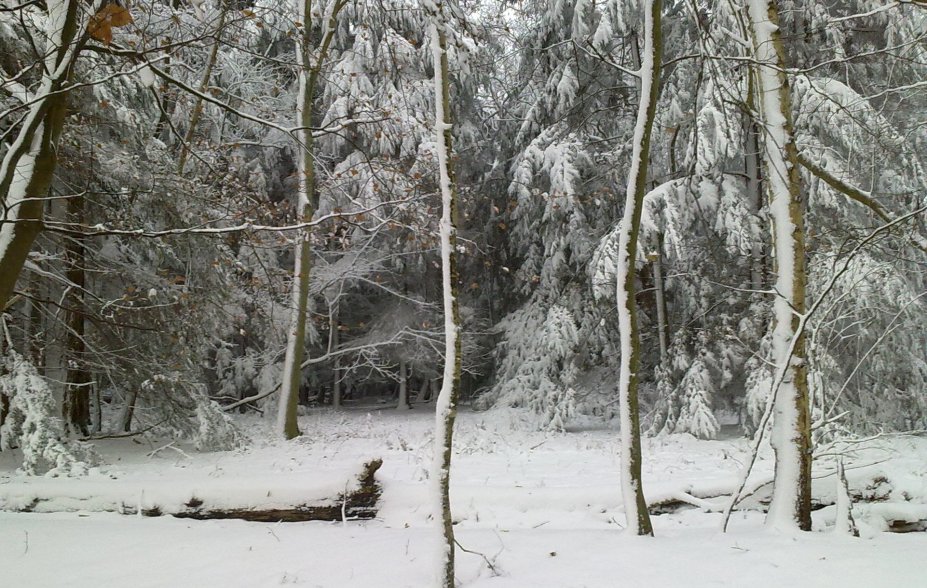 4 thoughts on “A letter to the man on the towpath”